A rescue resource for unwanted Potbellied pigs. Founder Susan Parkinson created the organization in response to the overflow of abandoned pigs that began with the late 1980’s “pet pig craze.” By 1994, the sanctuary had become a busy 501(c)(3) non-profit organization (EIN: 77-0431195), caring for upwards of one hundred pigs at a time. 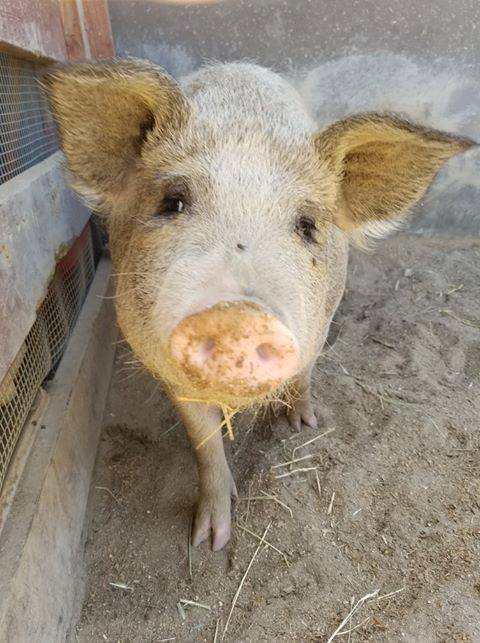 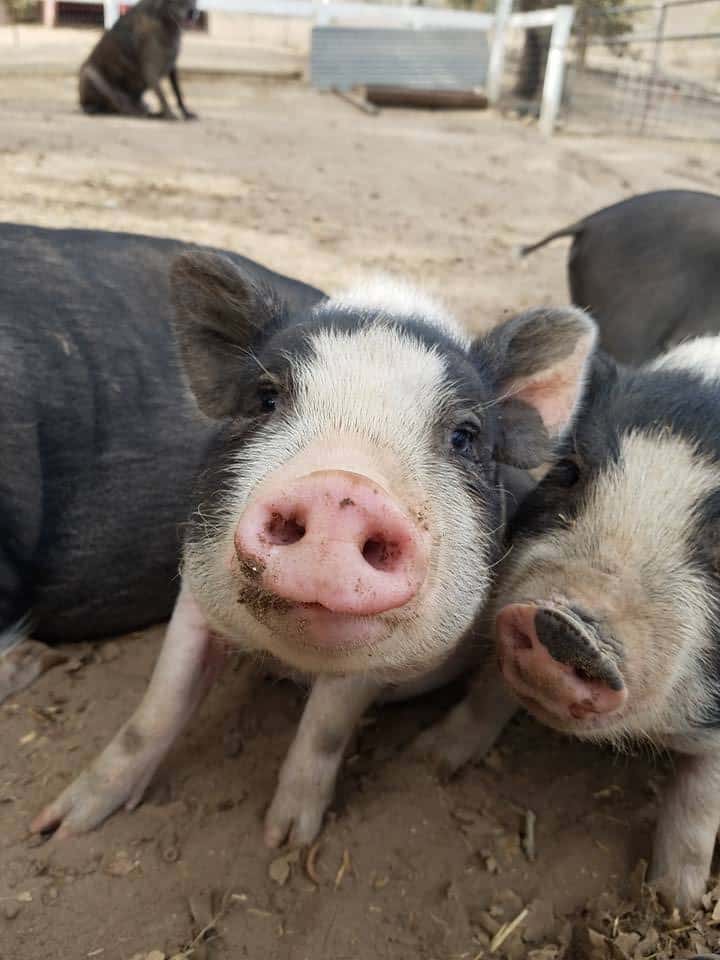 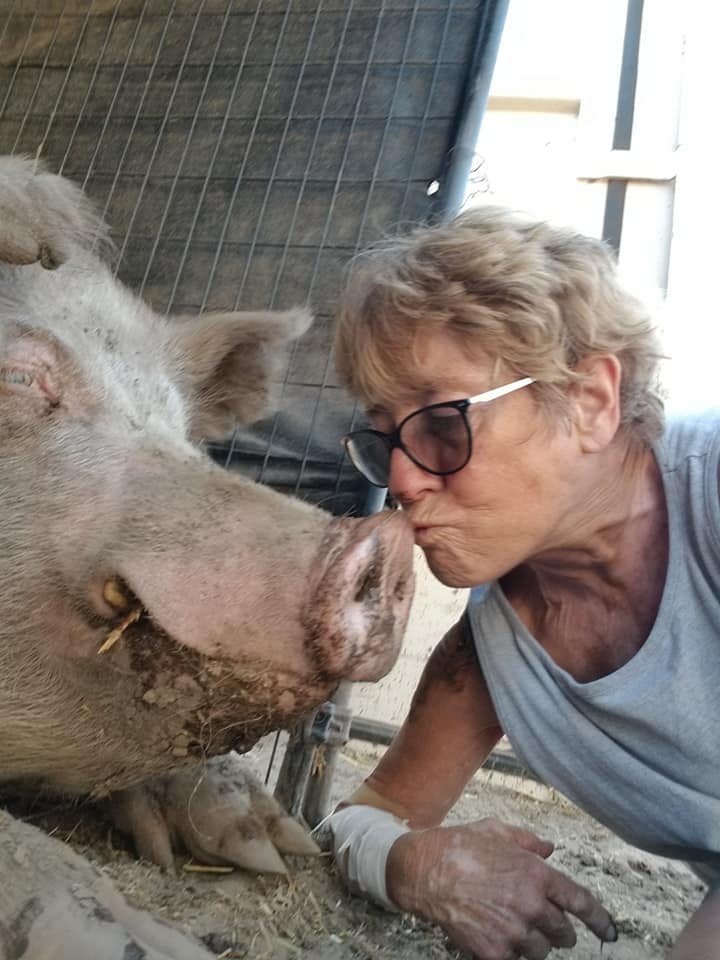 Our primary mission is to provide rescue, a safe environment, enrichment, and excellent care for miniature pigs that are homeless, abandoned, neglected, or abused. This includes ensuring appropriate medical care, encouraging socialization, and careful rehabilitation of pigs with behavioral problems. We adhere to a strict “No-Kill” policy; never euthanizing an animal unless it is suffering from a mortal wound or terminal illness. 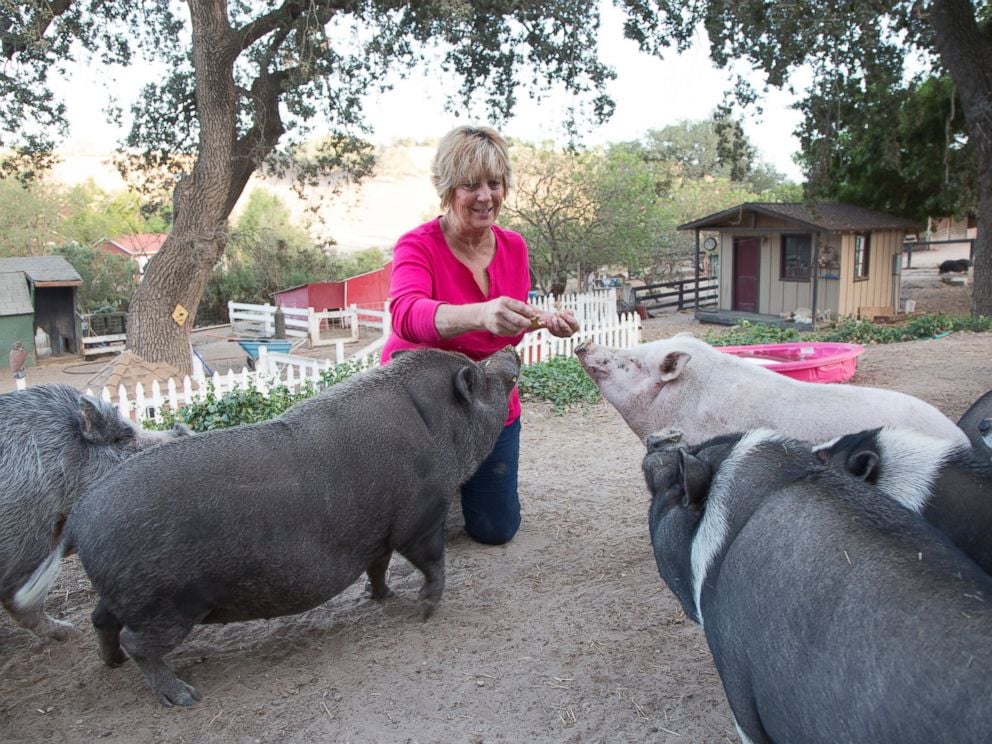 Susan Parkinson always wanted a small pig for a pet. In 1990, her dream came true – unable to afford the $2,000 charged by a “reputable breeder” of micro-mini pigs, she scoured ads until she found PJ – at a swap meet for $200. Her dream quickly turned into the horrible realization that “small pigs forever” do not exist – they are artificially kept small by starving them. As Sue soon discovered, there were many abandoned, abused, and unwanted pigs – their owners did not understand why they were so “food aggressive,” why they seemed so unhappy, why they were constantly making whining noises. As Sue began learning about her new pet, she also opened her heart, her home and her daily life to the plight of these precious animals. “PJ” – Who started it all… The Beginning of Lil Orphan Hammies™ Lil Orphan Hammies™ (LOH) was created in 1992, directly in response to the founder’s realization that “micromini” pigs do not exist. Sue likes to say the pigs found her – and she became their voice. LOH is dedicated to the rescue, rehabilitation, care, adoption, education, and, if needed, lifelong sanctuary for unwanted potbellied pigs. Statistics are largely unavailable, but during LOH’s 30 years, the plight of the unwanted potbellied pig continues unabated due to the misinformation spread by breeders that the “tiny pig” will remain tiny forever. Today, as LOH commemorates its 30th anniversary, we are home to over 75 potbellied pigs.

Where it all started

Lil’ Orphan Hammies is located in the hills of beautiful Solvang, California. Spanning five acres, the sanctuary grounds feature unique housing and spacious, well fenced, enclosures for plenty of out-door play and naps in the hay or under the trees. Here, we care for pigs from all walks of life. Elderly, infirm, or un-adoptable pigs, find permanent respite here; while other candidates are adopted out to qualified new homes. Since our humble beginning, we have arranged adoption or secured rescue for more than one thousand pot-bellied pigs.

While our primary focus is on the care of our four-legged residents, we are also very active in other endeavors. We participate in educational outreach programs, including school visits. We provide accurate and up-to-date information for current or prospective pig owners. We carry out home inspections and arrange adoptions. We rehabilitate “problem” pigs. We provide assistance to shelters and general rescue assistance for animals that are being neglected or abused, and we network closely with other rescue groups.

We invite you to learn more about our organization and how you can help. Please contact us if you have any questions, or simply make a financial donation if you’re able to.